With these breeders efforts as is our own we hope that the full re-establishment of this breed will be known to mark this generation as well as future generations globally. 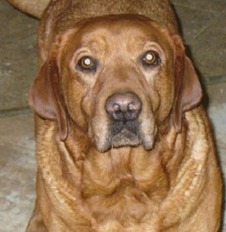 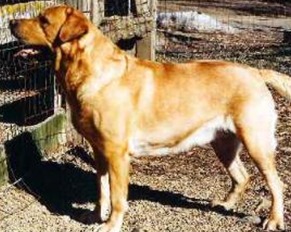 Other significant Fox Reds that can be found in most pedigrees are Scrimshaw Placido Flamingo, Keepsakes I Love Lucy, and Keepsakes Cajun. 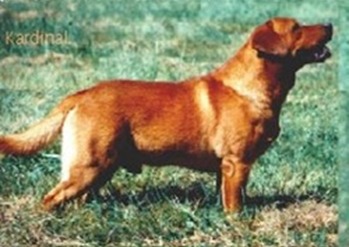 Another special Fox red male produced through Sally's efforts was Kelleygreen Kardinal. Many of today's Fox Reds will also see Him in their pedigree from one to three generations back. 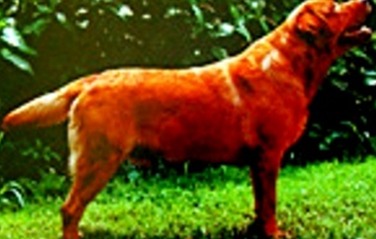 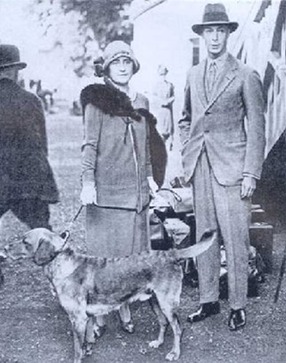 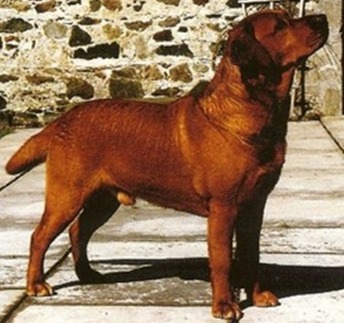 In the 1980's the Fox Red shade of yellow were re-established by two English breeders. John and Glenda Crook of Balrion and Mac Bedford of Wynfaul Labradors have always had a passion for this darker shade which led to a restoration of the fox red. This team of breeders led to some of the most recognized labradors of all time. CH Balrion King Frost owned by the Crooks seemed to produce very dark yellows. One of His granddaughters produced the famous CH Wynfaul Tabasco who is considered the father of the current Fox Reds.

Fox Reds were re-established in the United States through Balrion Red Alert- a great grandson of Ch Balrion King Frost. He was sold to Sally Kelley of Kelleygreen Labradors. With the help of Red Alert and breeders Sally Kelley along with Keepsakes Labradors they were able to assist bringing the fox red color back. In almost all Fox Red Pedigrees today , a little research will show that Balrion Red Alert is in the pedigree multiple times.
​

Fox Red is not a individual color of Labrador retriever but is really a shade of yellow. Ben of Hyde was the first recognized yellow Labrador retriever born in the year 1899. He and other early yellow labs were dark golden or more accurately described as a 'Butterscotch' tinged with red shade. Their color was in fact labeled Golden until the British Kennel Club came to register and recognize them in 1903, and later the American Kennel Club in 1917. At this time Gold was not distinguished as a color and so it was changed to yellow. Over the course of the last century the lighter shades of yellow Labrador have triumphed over the original 'butterscotch', especially after WWII. 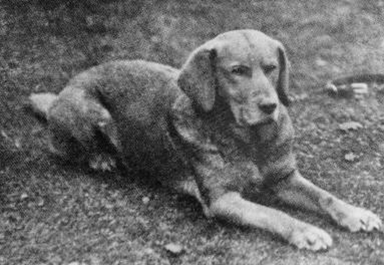